Sometimes it is not enough to simply “watch something on Netflix.” Sometimes you must have a BIZARRE OR INTERESTING EXPERIENCE. Here are some unusual experiences that you can have on Netflix right now!

Watch Valhalla Rising with the subtitles on 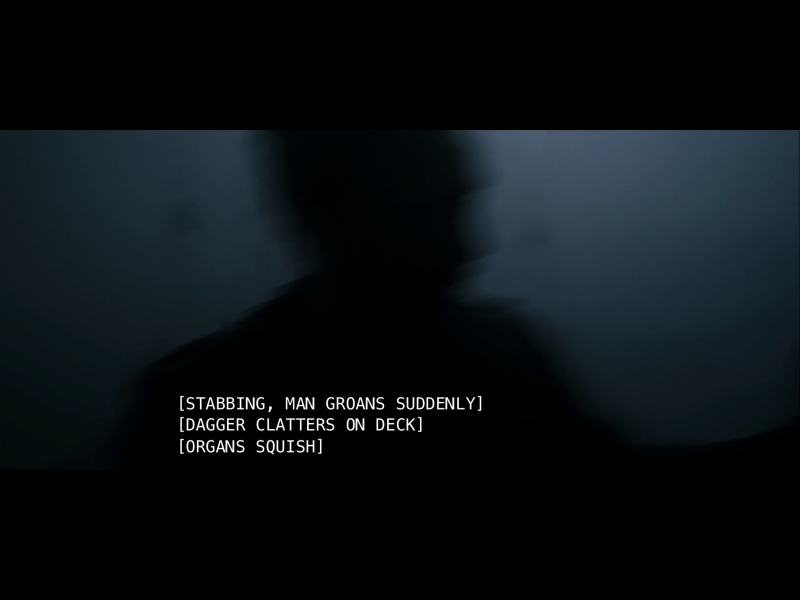 Valhalla Rising is Nicolas Winding Refn film where a bunch of people dressed like early medieval crusaders and/or vikings just stand around staring at gorgeous horizons while mysterious fogs swirl around them. It is great.

It is also a very very quiet movie, and definitely not the sort of thing that really benefits from a full sound-effect subtitle treatment. But it got one! Thanks, Netflix!! Loads of the little sounds the characters make as they fight one another, stagger through the forest, and gaze out over the harsh uncaring surface of the cold Atlantic ocean is explained in awkward Netflix subtitle text. It’s not that there are too many subtitles– I mean, they will certainly help deaf people understand a little bit more about what the hell is going on in this weird-ass quiet movie. It’s more that this movie’s sounds cannot be described in explicit language without ruining the mysteriousness that is, like, the core mood of the entire experience. Netflix subtitle sound effects are often mocked, and this is a fucking great example of how absurd they can be. Here’s a small album of some choice excerpts! (No important spoilers.)

Watch all of the Up Series

In 1964, a documentary filmmaker named Michael Apted started making a documentary about a group of 14 British kids from different class backgrounds. He has interviewed them about their lives every seven years since then, and most have continued to participate in all of the entries in the series despite the fact that they are under no obligation to.

Each video shows the participating people just describing their lives and how they live and what has happened to them since the last update. You see them change their minds and talk about their prior selves and where they’ve gone in life so far. It is fascinating and kind of crazy! The most recent entry, 56 Up, came out in 2012. Apted is still directing the project.

Watch a 3+ hour miniseries and then watch it get edited down into a single 2.5 hour movie

This will require you to have a lot of interest in The Girl with the Dragon Tattoo and a certain amount of dedication to watching massive hours of foreign-language TV, but it’s an interesting experience if you edit stories for a living, as I do.

Anyway, there was a Swedish television miniseries of the entire Millenium Trilogy made in 2009. The whole thing consists of six 93-minute-long episodes. However, the first two episodes were edited together into a 2.5 hour-long movie for release in theaters. And lucky for us, this movie is also on Netflix!

So: here’s what you do. Read the book first, probably. Then watch the miniseries. Then watch the movie version. Pay attention to what shit got cut out between the book and the TV show. Then think about how the story’s pacing works differently to develop the main characters’ relationship in the TV show versus the movie version. If you marathon this shit you will be able to catch a lot of little details. What conversations get shortened, and by how much? What does it feel like to lose all the pregnant pauses in a three-hour-long story? Which characters are essentially cut out of the movie version, and how does that affect the experience?

In my opinion, the miniseries ‘feels’ much better because the two main characters spend more time together and apart, so we get a better idea of what they’re like as a pair and what they’re like when they’re on their own. (This is pretty important for this story, because the plot requires you to buy the idea that the young woman protagonist would become smitten with the crusty older male protagonist despite, like, a twenty-year age difference. Which is also the kind of shit Dude Thriller Movie trope you shouldn’t get me started on.

I don’t think this is a great or even very good example of how to shorten a single unalterable chunk of content to tell the same story, but it is the only example of this kind of thing worth watching on Netflix right now. I spend a lot of time at work and on my personal creative projects trying to figure out how to tell a story with fewer and fewer words and fewer and fewer scenes, so this experience was valuable to me.

You can also do this with the other two two-episode blocs of the miniseries– they were also edited down into single movies. I just haven’t done this with them because I’m not interested in mainlining something like ten more hours of the same content over and over again. 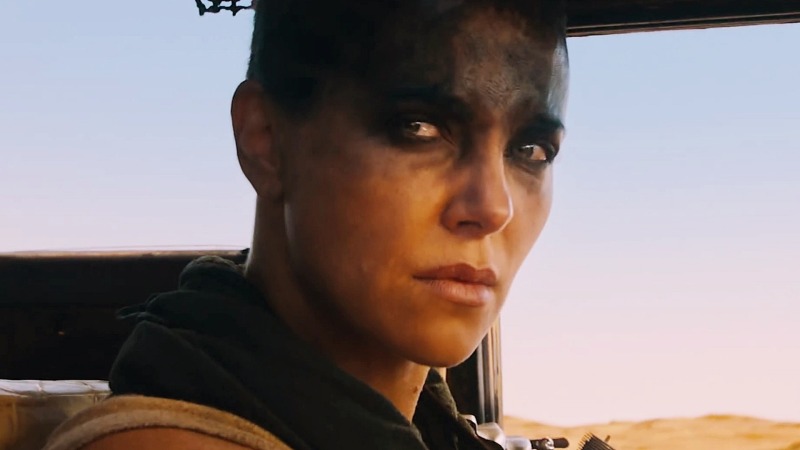 It’s no secret to my friends that I passionately and unreservedly adored Mad Max: Fury Road. It instantly leapt somewhere toward the front half of my Top Ten Movies Of All Time list. I’ve seen it twice already and plan on seeing it a third time in IMAX. I haven’t stopped talking or thinking about it since the day it came out. I haven’t stopped energetically recommending it to everyone I meet. I also haven’t stopped trying to articulate exactly what about this film made it so special to me, and I think I’ve finally found out what that is.

The first thing you should know is that Fury Road does exactly what every other action film tries to do, but better, more earnestly, and more expertly. The entire content of the story is essentially one long chase scene– the tanker chase from The Road Warrior for two solid hours. Every moment is fascinating. The cars are absolutely wild– every time I’ve seen it, the “guitar car” has sent the audience cheering in amazed glee. The crashes are outrageous. The explosions are nearly constant. There are a lot of firearms involved. There is a short shot, in fact, of bullet casings bouncing wildly off a woman’s naked pregnant belly. The characters state their motivations out loud, informing one another that they are looking for “hope” and “redemption.” Little subtext, no tact– just the facts. It is the most Action-Movie-y action movie ever made.

I watch an awful lot of action movies and I have believed for years that I am a fan of the genre. I like explosions, violence, and guns in movies. I like unrealistic thrills. I didn’t know or didn’t admit, however, that I’d been holding myself at a short distance from these films– that I’d never completely embraced or loved an action movie for exactly what it was, no caveats, no hesitation. Mad Max is probably the first action movie that I have felt completely safe to enjoy. It is the first action movie I’ve seen in years which allowed me to relax and just enjoy the fucking ride.

It is not easy for women to embrace and love a genre of film which repeatedly makes them the butts of jokes, the helpless victims of crimes, or the tacit second-class citizens of their high-pressure fantasy worlds. You need to keep a little distance between yourself and a work of fiction that is so consistently likely to abandon or betray you. Occasionally I’ll be enjoying an action movie– like a Marvel film, for example– and I’ll be unconsciously bracing myself for the moment when the sole woman is kidnapped, killed, thwarted, or forced to go running to a man for help. When you’ve got an action movie with only one woman in it, you’re constantly worried that she’s going to end up dead or married. You are enjoying these movies with the unspoken knowledge that they were made by a bunch of people who believe that you are some kind of unintelligible space alien with whom they cannot communicate or sympathize.

Fury Road, on the other hand, very deliberately avoids doing anything to make women as a group seem less powerful or deserving than men, and very deliberately goes out of its way to include women as an understandable, empathizable, worthy group of people in their made-up fantasy universe. It uses the language of action films to remove that frission of separation and mild alienation I’d been unwittingly feeling with almost every other action film I’ve ever seen in my entire life. Fury Road is about a powerful, authoritative woman rescuing a bunch of other brave women from oppressive sex slavery with the help of a bunch of other women… and two men who sacrifice their own priorities to help these women achieve their crusades. (In fact, the men are more interesting for their explicit vulnerability.) Certainly Furiosa, Max’s co-protagonist, carries the entire plot of the movie. It’s her story. Max is a sidekick.

I can watch Fury Road without ever holding myself back or bracing for a sexist gut-punch. It is practically the only action movie I have seen in my life that I can completely and earnestly adore. It is the only high-intensity frayed-nerves heart-stopping explosions gruntfest gunshoot that I can relax while watching, which seems crazy, but there you go. Mad Max involves cars smashing into one another at 100 miles per hour, but I find it positively soothing.

I’ve found myself wondering: is this how men feel about the fantasy and sci-fi films they love?