I was allowed to do another demo night talk at Glitch City Demo Night this year! I talked about my favorite history book, Montaillou, and tried to convince the crowd to read it.

This is partially a response to a talk I did last year, about how Nero tried to kill his mom with a collapsible party boat. The point I was trying to make with that talk is that stories about murder and privilege and wealth and suffering in history are attractive and interesting, but that most ordinary people in the past lived totally normal lives involving zero assassination whatsoever. After I gave that talk, someone (Evan Hill? Nathan Grayson? I forget!) challenged me to actually create the interesting lesson about totally ordinary people’s personal experiences that I called for in my talk– so this is it.

Check out the video below. Please turn on subtitles, because the first 30 seconds of audio are messed up! The full text of the talk (including slides, once again made by Brendon Chung) is below.

When you’re done, check out the full playlist of talks! This year there were talks about media criticism, why and how to sign contracts with your creative partners, extinct megafauna, and more. 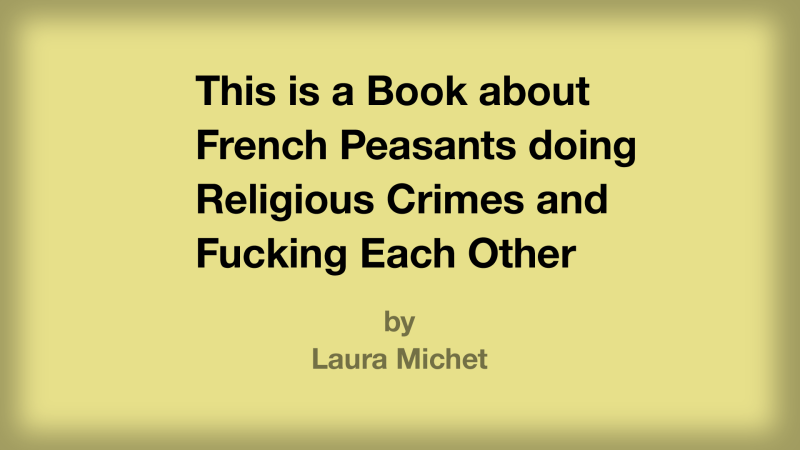 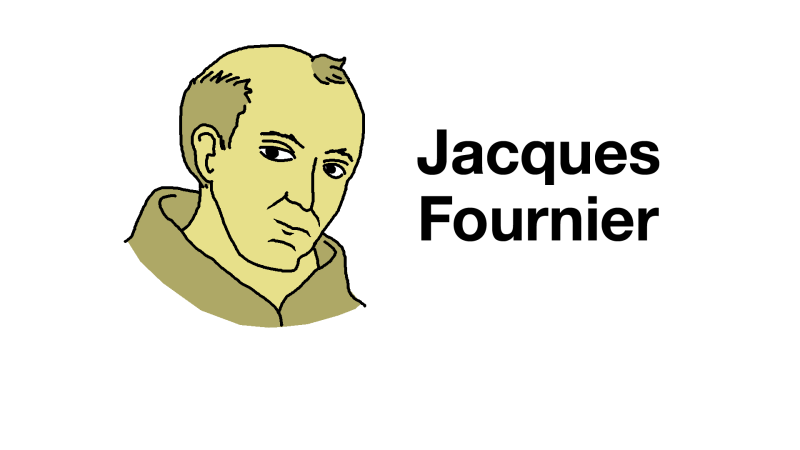 This is Jacques Fournier. He was a Catholic Bishop from France who lived during the early 1300s and later became Pope. He was really good at doing inquisitions. Fournier would go into these remote places in France and interrogate heretics super hard. ⚡

This is a book called “Montaillou: The Promised Land of Error.” It is a 1975 semi-anthropological, semi-sociological dive into the home life of French peasants living in a town called Montaillou high in the Pyrenees mountains. It is based on Jacques Fournier’s meticulous inquisition notes, and it is the best book about history that I have ever read. 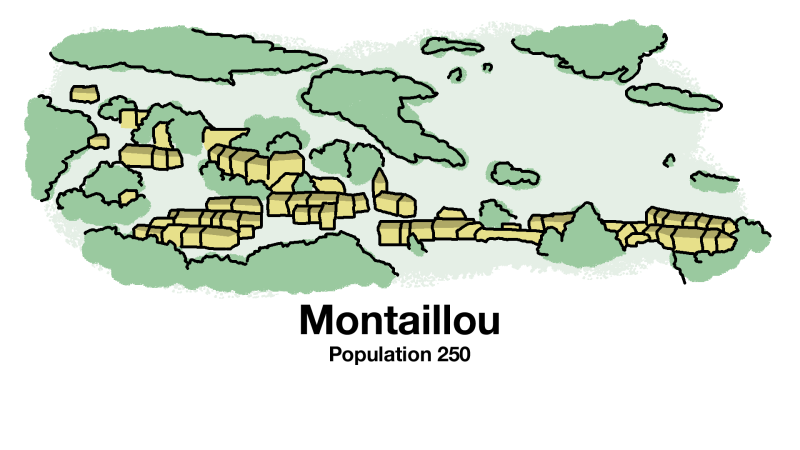 In the late 1200s and early 1300s, only 250 people lived in Montaillou. There were not so many different last names. There was one priest, a bunch of shepherds, a handful of major households. The reason Fournier spent so much time worrying about this tiny group of people was that many of them were secretly Cathars.

Catharism was a mystic Christian heresy. They believed in a good god, who created the spiritual world, and an evil god, who created our bodies and the physical world we all live in. They believed in reincarnation, and that human beings were actually genderless angel spirits trapped in physical bodies. They would go climb up into the mountains and do secret religious shit. The ultimate level of Catharism was being a sexless vegetarian known as a “Parfait,” which translates as “Perfect.” Their belief system was so strange and weird that historians have spent centuries trying to figure out exactly where in the world it came from. They still don’t all agree. 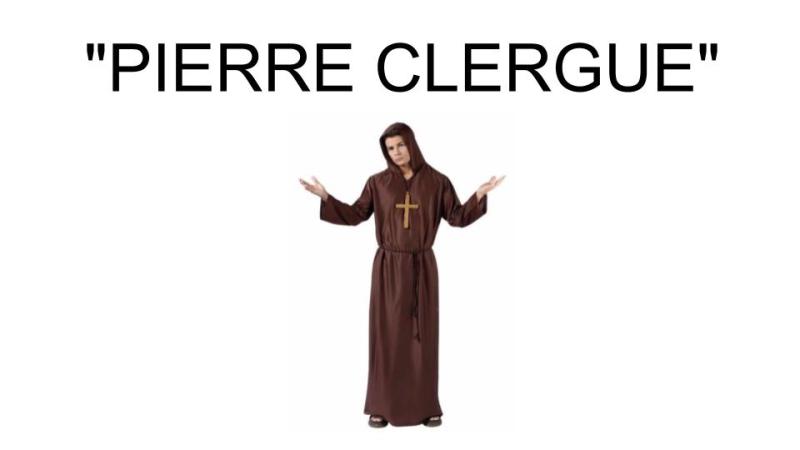 In Montaillou, the most powerful family was the Clergues. They were largely Cathars. The weirdest Clergue was Pierre Clergue, a Cathar who was also a Catholic Priest who was ALSO a massive fuckboy who was having sex with 12 different confirmed mistresses in the area. Not very parfait. He and his powerful brother bullied everyone, and converted a shit ton of their neighbors to Catharism.

Eventually, Pierre informed on the town and the entire adult population was arrested by Fournier’s inquisition.

The interrogations produced pages and pages and pages of their paraphrased words describing their families, friendships, rivalries, religious beliefs, and sexual experiences. IT IS BUCK WILD. And it is detailed and evocative and as drenched in setting and sensation as some of the best fiction writing I have enjoyed.

In this book, there’s a short description of two women sitting in the sun, arguing about what it feels like to get burned at the stake… while their daughters pick lice from their hair. There’s a scene where a man has a fight with his wife, so he goes for a walk, and while he’s out there he sees his neighbors have their lights on, so he sneaks over to spy on them and climbs up onto their roof to lift the roof mats up and peer into their house. What a detail, right? There are scenes where women kiss their babies, where people buy and sell things, and where men argue about the nature of God. Reading this book, you can imagine the sensations and emotions these peasants felt while going about their daily lives.

And there are hundreds and hundreds of perfect little physical details in here. The book shows how people greeted each other, the words they used when they fought, how they took their clothes off to sleep, how they cajoled one another into having sex, how they negotiated lodging and cut contracts with servants, how they made enemies into friends by cooking them a pie, how and when they gossiped. It also covers the details of their heresy, the conflict and trickery of their constant attempts to convert or expose one another. One classic method a Cathar could use to test whether someone truly believed in Catharism was to challenge them to kill a chicken. If you refused to kill the chicken, you were a good Cathar.

Catharism offered a slow drip of danger and drama into these people’s lives. There is a scene where a Cathar woman tries to convince a Cathar man to kill his sick Catholic brother before he could recover and rat them out to the church, and the man replies,”if you have my brother killed, I will eat you alive with my teeth, if I can be revenged no other way.” It feels almost voyeuristic to glimpse into these 800-year-old arguments.

Pop culture persuades us all to think of medieval peasants as being impossibly impoverished straight-laced religious extremists who had no fun and universally took the bible maximum seriously. But some people in Montaillou were gay, and some were actually atheists. This book was written forty years ago, and I would not consider it perfect, but it is a compassionate and far-reaching examination of people who lived so long ago that their raw human familiarity is surprising and deeply emotionally affecting. These stories are 800 years old. The feeling I get when I see humanity winking at me down through the ages is almost religious. This is a story that I am grateful to have read, but we could have lost it. We have lost the stories of so many ordinary people all throughout history that having something like Montaillou to hold on to feels incredibly precious.

This is not a super easy book to read, but it’s not particularly hard, either. It’s just about people. If reading about history bored you in high school, I recommend hunting down Montaillou and skipping through it until you find something about heretical sex or delousing. Or just a story about a subletter from 800 years ago dealing with his landlord. Or just a story where someone’s humanity leaps out at you unexpectedly and catches your breath. Your lives are not remotely similar to the parfaits of Montaillou, but you do share something with them. It’s sometimes hard to articulate exactly what, but if you read this book, I think you will probably feel it. Thank you.