You maybe surprised to learn that I did not plan to publish that harassment article at all.

I wrote it a year and half ago in an attempt to clear my head. I composed it directly in WordPress, then panicked and set its publish date for ‘far, far, in the future.’ Every few weeks I’d wonder whether it was time to finally publish. Every time, I thought: not yet, not yet. Someday, though.

Well, the “far future” occurred one month ago. I’d completely forgotten about the article and it published totally without my realizing it. When I woke up that morning, someone from Critical Distance was tweeting at me. I’d accidentally published something highly topical. I actually had to go back and change all the dates so they made sense.

I am not even close to the saddest harassment story from the last several months. Please read this long article about how relentless and inescapable harassment can be for many people. I quit writing online because I could, because I had other passions and skills to rely on. A lot of people getting harassed on the internet are getting harassed at the place they work. They make money out here. By attacking them in the place where they sustain themselves, their harassers are doing a lot more damage. Harassers are also often more aggressive to LGBTQ people and people of color. Don’t let this shit stand, please, particularly if you’re in a position of power that allows you to help directly.

Anyway, thanks for all the kind feedback! Having my raw thoughts accidentally broadcast all over the internet didn’t turn out so badly after all. Here are some additional thoughts I’ve had over the last three weeks:

Some people have been saying things like, “man, it’s so sad you didn’t hang in there,” “It’s too bad you didn’t have thicker skin,” etc. I’ve seen the same thing occasionally written about other people who got out while the going was good.

Here’s my opinion on the subject: suffering sucks! If you are in a shitty situation and you can escape it and you want to escape it and need to escape it for your personal health and peace of mind, then yes, jump the hell off that stupid rat-infested rotten shit ship. You don’t owe your continued suffering or martyrdom to anyone. Jump right off. Swim the fuck out of there.

Here are some great times when it’s a good idea to jump the fuck off the ship:

The sad thing here is that many people getting harassed on the internet do not have anyone to throw them a life raft. It’s important for you to be the kind of person who throws rafts. There are three or four people specifically responsible for helping me disembark from Shit Ship and without them I might even now be a bloated corpse on the bottom of the sea.

No, it wasn’t just ‘people calling me bad names.’

The Real Bad Stuff lasted a solid week. Kent handled most of that. But for weeks afterwards, people would link through to the site from the harassers’ home forum and all my blood would rush into my head and I’d feel like barfing. People kept popping by to say more shitty shit. For about six months afterwards, I actually got heart palpitations every time I tried to publish an article. My hands would shake and I’d get weak-kneed and I’d have to go lie down. My housemates would see me lying stricken on a couch and they’d say, “woah, you look sickly,” and because I didn’t feel like saying “strangers on the internet are giving me a panic attack!!!” I’d say “no, man, it’s cool,” and I’d get up and limp over to another room and toss myself on a different couch and sweat.

And please, remember: I’m a lady, so this was not the only time people randomly harassed me. People wrote low-grade aggressive stuff to and about me on a regular basis. The Witcher bullshit was just the biggest single event, and it occurred at a moment when I was making big choices about how to spend my time.

3) Wait, there are still people in the universe who think that personal essays are somehow bad?

Ha! Haa! Haaaaaaa. Personal essays have been around for a bajillion years. They’re in AP English. I took a course about them in college. You will find them in many notable, long-venerated publications. It is not arrogant or self-absorbed or narcissistic to write creative nonfiction about your personal experiences. Men and women and adults and teenagers and college students and even children all participate in this fine, well-established form of literature.

And guess what? Some of those people are games writers! Shocking!! If you don’t like games writing with a hint of the personal in it, I’m very sorry for you, because you’re missing out on a lot of fine shit. For starters, go read some of these brilliant stories and see if it changes your mind.

4) I should probably just finish The Witcher, because The Wild Hunt looks badass

5) Getting paid is way important 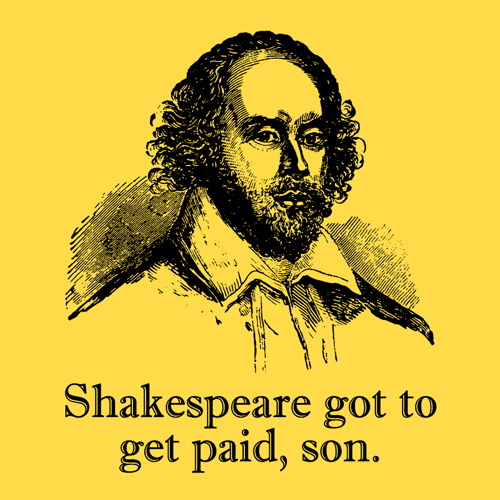 It is normal and admirable for writers and other creators to want to find a way to sustain themselves with their passions. You should respect that they are seeking a way to get paid. You should be cool with the fact that “I’m not getting paid” was a significant part of my decision to “let harassment beat me.”

You may be a writer who is OK with writing as an unpaid pastime. But bear in mind that the things you get out of that experience– positive feedback, a community, friends, status– are in themselves a kind of payment. They are the earnings of your unpaid labor. This is how a lot of people get into online writing: they’re getting something valuable out of the experience.

And furthermore, nobody can live on status alone. That’s why it’s important that paying outlets hire women, people of color, and LGBTQ people. Everyone eventually arrives at a moment when they must make big decisions about how to spend their time. If the professional games-writing community refuses to give these oodles of highly qualified women and minorities paying positions, those people are going to jump the fuck off the ship, and you are going to lose their voices and perspectives. Remember: unique voices and perspectives have an inherent value that exists in their difference from the mainstream. Respect that.